An Introduction to Common Thyroid Disorders 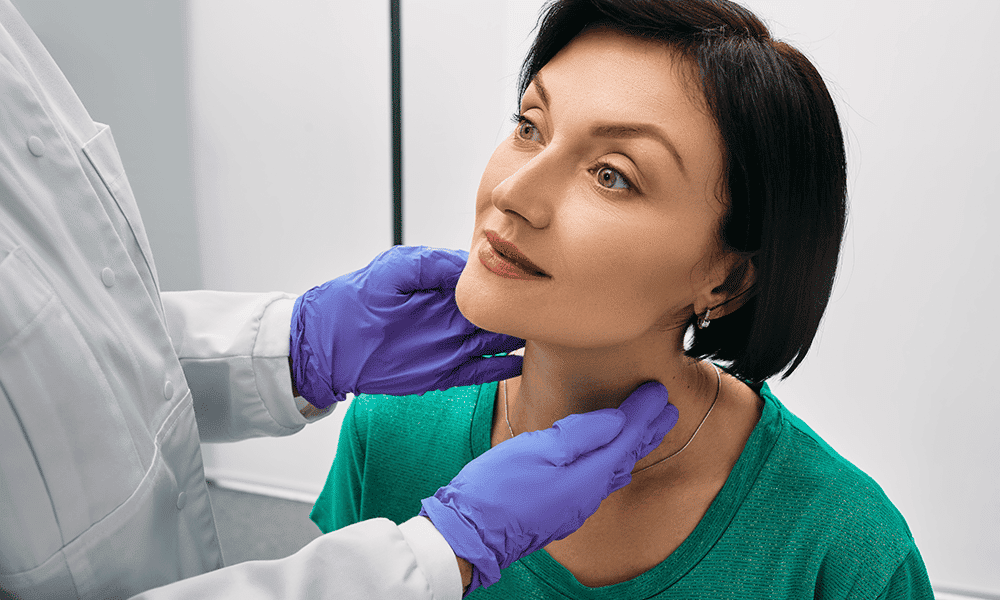 Understanding the different thyroid disorders and their causes may help you identify if you have a health problem and seek early treatment with a qualified endocrinologist.

What is the Thyroid Gland, and What Does it Do?

The thyroid is a butterfly-shaped organ found in the lower front of the throat. Though small, the thyroid plays a vital role in regulating the body’s metabolism.

The thyroid produces and releases two hormones: triiodothyronine (T3) and thyroxine (T4), which help to control the body’s energy levels. T3 and T4 work by stimulating the body’s cells to produce energy.

The thyroid also works with other glands, including the pituitary gland, which produces thyroid stimulating hormone (TSH) to regulate growth and development by controlling the production of other hormones.

Without a properly functioning thyroid, the body would be unable to process food correctly, convert it into energy, or grow and develop normally. It would also be unable to regulate its temperature, have regular fertility cycles, or moderate its mood.

What are the Most Common Thyroid Disorders People Experience?

Thyroid disorders can have numerous causes, including iodine deficiency, autoimmune diseases which attack thyroid tissue, cancer, genetic diseases, and certain medical treatments like thyroid surgery, radiation therapy, or chemotherapy. These conditions can cause damage to the structure or function of the thyroid, resulting in thyroid disorders.

The most common thyroid disorders include:

Hypothyroidism occurs when the thyroid gland produces too little hormone, resulting in a slowed metabolism. Symptoms of hypothyroidism include fatigue, weight gain, and muscle weakness.

It is common among women over 60, post-menopausal women, and post-partum women.

Hyperthyroidism affects around 1% of Americans. It happens when the thyroid gland produces too much hormone, resulting in an acceleration of metabolism. Symptoms of hyperthyroidism include weight loss, anxiety, and heart palpitations.

Graves’ disease is the most common cause of hyperthyroidism in the United States. It affects about 1% of Americans, and women are affected three to four times more often than men.

Graves’ disease is an autoimmune disorder that affects the thyroid gland. This causes the thyroid to overproduce hormones (hyperthyroidism), leading to various symptoms, including anxiety, weight loss, and heart palpitations.

There is no cure for Graves’ disease, but treatment can help control the symptoms and prevent complications.

A goiter is an enlarged thyroid gland, typically caused by an iodine deficiency. Goiters can be either benign (noncancerous) or malignant (cancerous).

Benign goiters are usually not harmful, but they can become large enough to cause difficulty swallowing or breathing.

Malignant goiters are always cancerous and can be life-threatening if left untreated. While the vast majority of goiters are benign, it’s essential to have any enlargement of the thyroid checked out by a doctor to rule out cancer.

In Hashimoto’s disease, the body’s immune system attacks the thyroid gland, causing it to become inflamed and unable to produce enough hormones (hypothyroidism.) Hashimoto’s disease is most common in women and typically develops between 30 and 50.

The cause of Hashimoto’s disease is unknown, but it is believed to be a combination of genetic and environmental factors. Research suggests that you are more likely to develop Hashimoto’s disease if you already have another autoimmune disorder such as lupus, celiac disease, type I diabetes, or rheumatoid arthritis.

What are the Potential Complications of Having a Thyroid Disorder?

Thyroid disorders can cause various potential complications, some of which can be serious or even life-threatening.

If the thyroid produces too much hormone, it can lead to symptoms such as weight loss, anxiety, and irritability. In extreme cases, it can also cause heart palpitations and irregular heartbeat.

If the thyroid doesn’t produce enough hormone, it can cause symptoms such as fatigue, depression, and dry skin. It can also lead to an increased risk of heart disease, osteoporosis, and infertility.

How are Thyroid Disorders Diagnosed?

There are several ways that thyroid problems can be diagnosed. Your doctor will initially perform a physical exam to palpate the thyroid to detect the presence of nodules.

Your doctor may then request a thyroid function test such as a blood panel. This can measure levels of thyroid hormones in the blood. You may also need a thyroid ultrasound to measure the size, volume, and type of nodules (solid or fluid-filled).

Another standard method is an ultrasound-guided fine needle biopsy, which involves taking a small tissue sample from the thyroid gland.

Ultrasound-guided thyroid FNA biopsies are performed using local anesthesia. A small needle is inserted into the thyroid gland under ultrasound guidance. Aspiration of thyroid tissue is performed using the needle. The needle is then removed, and the tissue is sent to the laboratory for analysis.

The procedure takes approximately 15-20 minutes. There is usually no discomfort associated with the procedure.

You may experience some pressure when the needle is inserted into the thyroid gland. You may also have a slight bruise at the needle insertion site, which will resolve within a few days.

How are Common Thyroid Disorders Treated?

Common thyroid disorders such as hypothyroidism and hyperthyroidism can be treated with medication.

For hypothyroidism, the most common treatment is levothyroxine, which replaces the missing hormone.

For hyperthyroidism, treatments include beta blockers to control the symptoms and antithyroid drugs to reduce hormone production.

If you have thyroid cancer, you may need a complete or partial thyroidectomy (thyroid surgery) and radioactive iodine therapy.

The procedure involves sending radio waves into an electrode needle. The needle is inserted into the abnormal tissue, producing a heat lesion that destroys the targeted cells.

RFA is generally considered safe and effective and can be performed on an outpatient basis. In most cases, RFA successfully destroys the abnormal tissue and relieves symptoms, reducing nodule volume by between 51 and 85%.

How to Manage Thyroid Disorders for a Better Quality of Life

It is essential to follow a few simple tips to manage a thyroid disorder and live a healthy life.

If you think you may have a thyroid disorder, need a second diagnosis, or seek treatment, call the experienced specialists here at Associated Endocrinologists for a consultation.