Is Thyroid Radiofrequency Ablation a Good Alternative to Surgery? 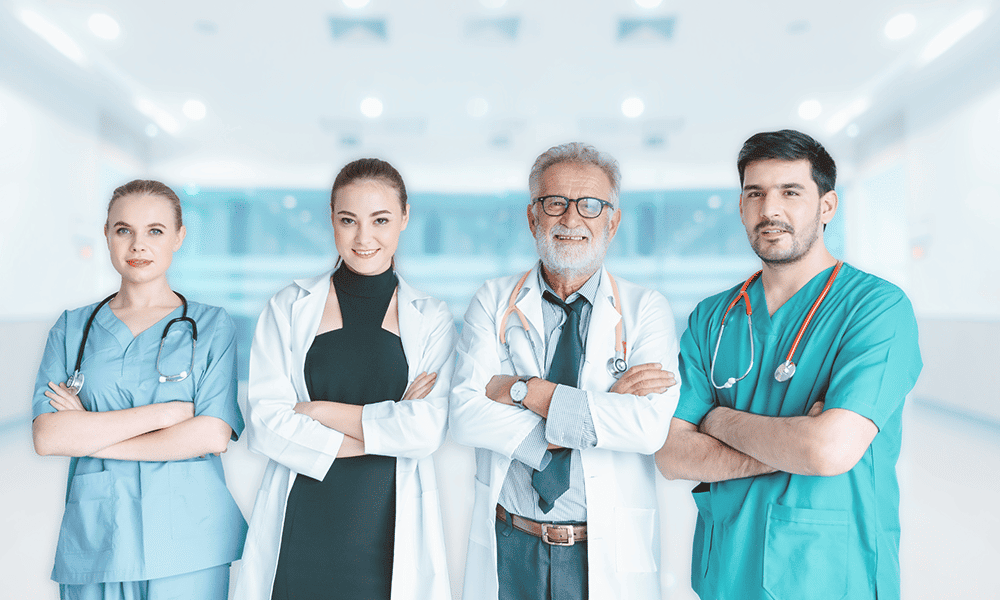 There are many reasons why thyroid radiofrequency ablation (RFA) may be a better treatment option than thyroid surgery or other treatments for some types of nodules.

RFA is less invasive than surgery, so it carries a lower risk of complications. It is also more precise, meaning that healthy tissue surrounding the nodule can be spared from damage.

If you experience symptoms of benign thyroid nodules such as weight fluctuations, menstrual irregularities, or mood changes, contact Associated Endocrinologists to schedule a consultation for thyroid radiofrequency ablation.

Radiofrequency ablation (RFA) is a minimally invasive procedure that uses heat generated by an electrical current to destroy abnormal tissue. The procedure is typically performed under local anesthesia, so you remain awake during treatment.

Radiofrequency ablation is a relatively new procedure but is a safe and effective treatment option for many patients, and all the data indicates long-term efficacy. Studies suggest that nodule volumes shrink by up to 81% following treatment. 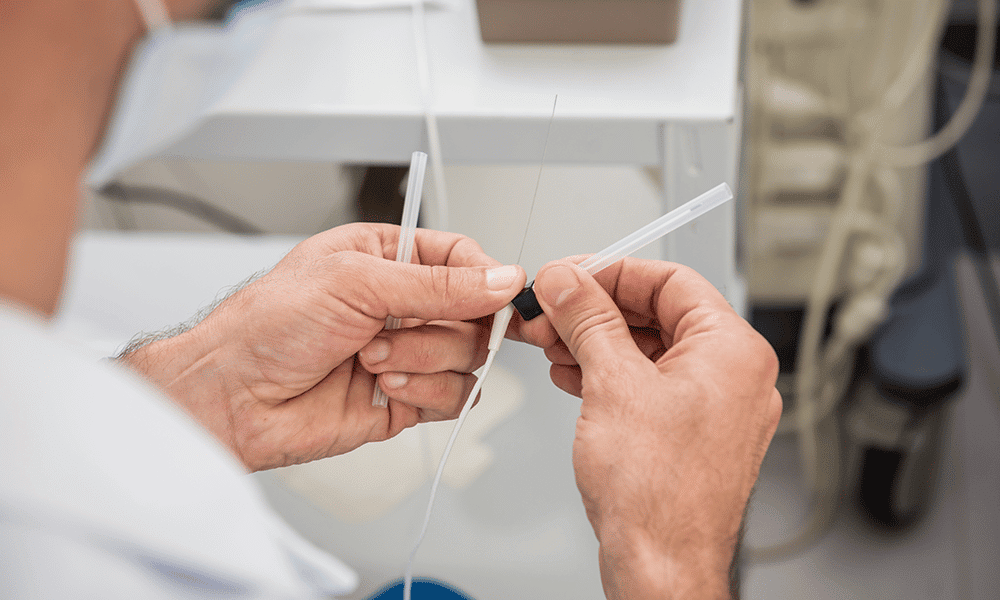 RFA is typically performed on an outpatient basis, meaning the patient does not have to stay overnight in the hospital. The length of the procedure depends on the size and location of the lesion being treated. But it typically takes between 15 and 60 minutes to ablate the nodules completely.

Thyroid RFA is commonly recommended over surgery for benign thyroid nodules larger than 2 cm in diameter. Some common types of thyroid nodules treatable with RFA include:

However, in some cases, they can grow large enough to compress nearby structures, such as the trachea (windpipe). If this happens, it can cause difficulty breathing and may require treatment. Benign non-functioning thyroid nodules do not require treatment unless they diminish your quality of life due to their appearance or obstructive size.

However, if they are large or increasing, your doctor may recommend RFA to eliminate the abnormal tissue.

In most cases, this benign thyroid nodule is not cancerous and poses no threat to your health. However, before your RFA treatment, your doctor may recommend an ultrasound-guided fine-needle biopsy to rule out a cancer diagnosis.

Autonomously functioning thyroid nodules are often treated surgically or with radioactive iodine; however, recent research suggests that RFA is a less invasive and equally effective treatment.

Radiofrequency ablation is typically performed under local anesthesia, which takes about an hour to complete.

During the procedure, a needle is inserted into the thyroid nodule through the center of the neck. The doctor then activates the generator, which uses radiofrequency waves to create an alternating current. This electricity heats the tip of the needle to a high temperature between 122 and 176°F. This heats and destroys the cancer cells while leaving healthy tissue unharmed.

RFA is a safe and effective treatment for benign thyroid nodules and has a low risk of side effects. The procedure can be an outpatient procedure, and patients can typically return to normal activities the same day.

Although radiofrequency ablation is a very safe procedure, it is vital to take precautions after it to avoid complications.

Drinking plenty of fluids and avoiding strenuous activity for 24 hours after radiofrequency ablation is essential. This will help to prevent swelling and pain at the treatment site. In addition, you should avoid exposing the treated area to direct sunlight for at least a week.

You can treat lingering neck pain or soreness with over-the-counter medications and an ice pack applied intermittently for 15 minutes on and off.

Safety of the Procedure

Overall, RFA is a safe and effective treatment option with minimal side effects for patients and faster recovery than some other treatments.

The procedure is usually well tolerated by patients and has a low risk of complications. The most common side effect of radiofrequency ablation is pain at the treatment site. Other potential side effects include bruising, swelling, infection, and in rare cases, abscess formation.

These side effects are typically mild, temporary, and can be easily managed.

The two most common treatments for benign nodules are surgery and radiofrequency ablation (RFA). Both procedures are effective, but there are some key differences that patients should be aware of.

Surgery involves the removal of the entire nodule, which can be done either with open or laparoscopic surgery.

RFA, on the other hand, uses radio waves and heat to create a heat lesion that destroys the nodule tissue. The nodule shrinks in size over six to twelve months, and the body eliminates the damaged cells.

The main advantage of RFA is that it is a less invasive treatment than surgery and can often be done as an outpatient procedure. There are also fewer side effects and a lower risk of post-treatment complications like vocal changes or nerve damage.

However, RFA is not suitable for all types of nodules, and it may require multiple treatments to achieve the destruction of the nodule.

When is Surgery Preferable to Thyroid RFA?

There are several conditions for which thyroid RFA is contraindicated. Surgery is a better option for malignant growths and thyroid cancers.

Malignant thyroid nodules are abnormal growths that occur in the thyroid gland. They can grow large and become cancerous.

These nodules can be found by doing a physical exam or by having an imaging test, such as an ultrasound or CT scan. If a nodule is found, your doctor will likely order a biopsy to determine if it is cancerous.

Treatment for malignant thyroid nodules typically involves surgery to remove the affected portion of the gland. In some cases, radiation therapy or chemotherapy may also be necessary.

The papillary type of thyroid cancer is the most common, accounting for approximately 80% of all new thyroid cancer cases. It is most often diagnosed in young adults and middle-aged women.

Although the overall prognosis for papillary thyroid cancer is generally good, some subtypes are more aggressive and have a poorer prognosis. For this reason, accurately identifying the disease at the time of diagnosis is essential.

Surgery is the primary treatment and usually the most effective option for papillary thyroid cancer. Sometimes patients and their doctors opt for an alternative option like radiation therapy may also be used in some cases.

Recurrent thyroid cancer is defined as cancer that has returned after initial treatment.
While most people with thyroid cancer will not experience a recurrence, those who do often face significant challenges.

In many cases, recurrent thyroid cancer is more aggressive and challenging to treat than the original tumor. Furthermore, it can be difficult to detect, as it may not cause any symptoms in the early stages.

People with a history of thyroid cancer need to be monitored closely by their doctors. If a recurrence is detected early, treatment is more likely to be successful.

However, even with treatment, recurrent thyroid cancer can be life-threatening.

The treatment is typically done as an outpatient procedure, and most people only require one treatment. Radioactive iodine therapy can be an effective treatment for thyroid cancer, with few side effects.

Get Treatment for Thyroid Nodules at Associated Endocrinologists

Call us today for an appointment to learn more about radiofrequency ablation and thyroid treatment. Our practice was established more than 40 years ago. Our trained and experienced staff of doctors and other medical professionals can help you make an informed decision on treatment options.