What Makes You the Right Candidate for Thyroid Radiofrequency Ablation (RFA)? 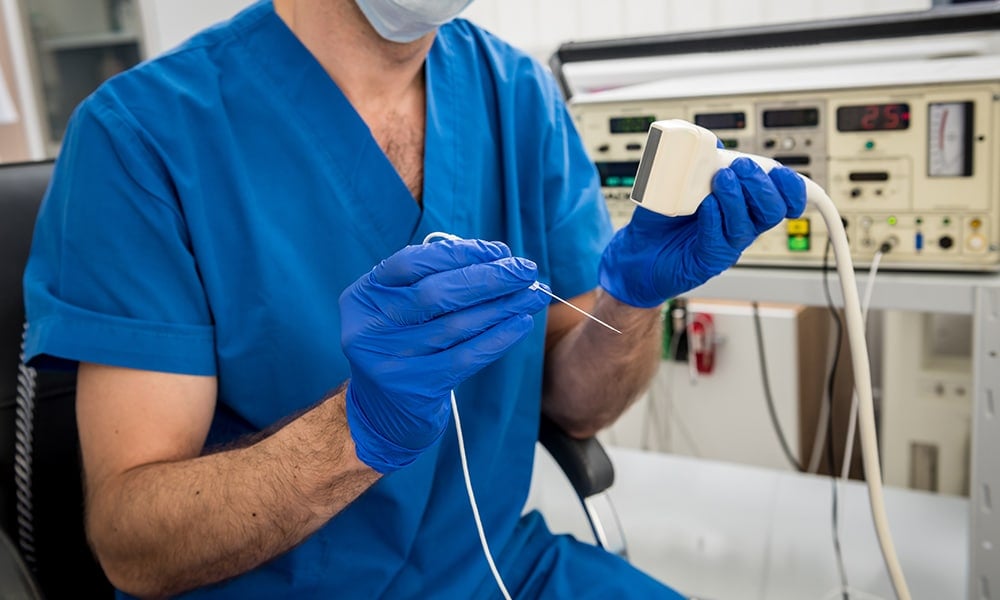 Traditionally patients with thyroid nodules only had surgical options to treat and remove their nodules. Newer technology now allows for thyroid radiofrequency ablation procedures to shrink and treat thyroid nodules in a safe and minimally-invasive way.

Associated Endocrinologists is proud to be among the first medical centers in Michigan to offer thyroid radiofrequency ablation, an FDA-approved non-surgical procedure, to our patients. Our skilled staff provides this treatment option for patients who prefer to avoid surgery.

What is Thyroid Radiofrequency Ablation?

Radiofrequency ablation (RFA) uses a small needle with an electrode tip inserted into your body to heat and destroy small areas of tissue. During thyroid radiofrequency ablation, the needle is inserted directly into your thyroid nodules. Then, the electric current cauterizes and kills the affected tissue to help shrink the nodules.

Thyroid RFA treatments are an alternative to surgery for patients dealing with thyroid nodules. This procedure has been used since 2012 to treat solid thyroid nodules and some recurring thyroid cancers.

Unlike surgery which requires general anesthesia and recovery time, thyroid RFA is a quick outpatient procedure that uses local anesthesia to numb your neck. This makes it practically pain-free, though some patients feel minimal discomfort during the procedure. There are no lasting side effects from thyroid RFA, and you can return to regular activities quickly following treatment.

Before your thyroid RFA procedure starts, you’ll be given a local anesthetic to numb your neck and the area around your thyroid. Your thyroid itself does not contain nerves, and you won’t feel any pain during your treatment.

Once your neck is numb, you’ll lie back on an exam table with your head and neck supported by a pillow and grounding pads placed under your thighs. A technician uses ultrasound guidance to position the electrode tip needle into a thyroid nodule accurately.

Once the needle is placed in your nodule, the technician turns on the machine that sends small electrical pulses to the tip of the needle. These pulses heat and destroy the nodule’s tissue, causing your nodule to shrink and disappear over the following months as your body naturally eliminates the dead tissue.

Since thyroid RFA targets a small amount of nodule tissue only, your surrounding thyroid tissue remains undamaged and healthy. 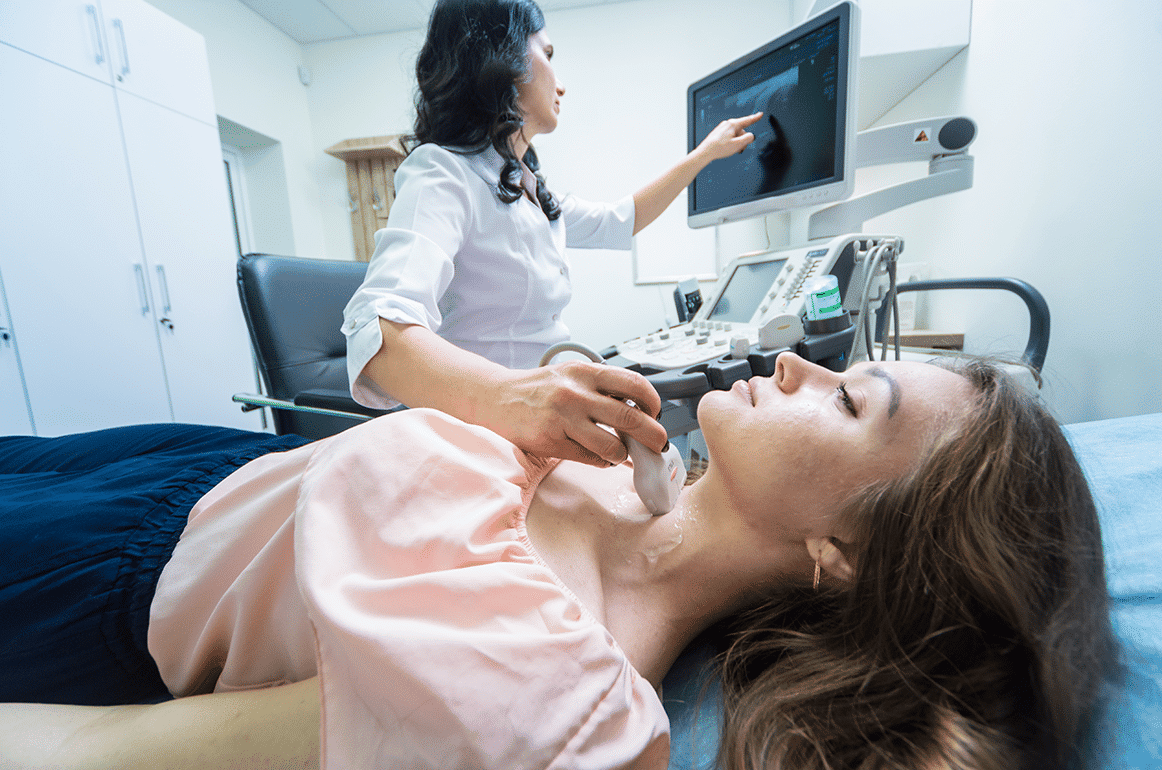 Most thyroid nodules are benign and found by your doctor during routine physical exams. Smaller benign thyroid nodules may not cause you to have any pain or symptoms. But as nodules grow, you’ll have increasing symptoms and experience more negative effects.

Candidates for thyroid RFA have benign thyroid nodules that are causing symptoms such as:

Candidates for thyroid RFA also include anyone whose doctor has recommended surgery to treat their thyroid nodules, patients that cannot safely undergo surgery, and patients who would rather go through a minimally invasive procedure instead of surgery.

Who Should Avoid RFA?

Patients who have or previously had thyroid cancer are ineligible for thyroid RFA treatment. Your doctor may want to perform a fine needle aspiration of your thyroid nodule to confirm it is benign before they allow you to get RFA treatment.

You will not qualify for RFA if you’ve previously undergone thyroid surgery or radiation treatments of your thyroid. These treatments increase the risk that tissue beyond your nodule will be damaged during the RFA procedure.

Thyroid patients with the following conditions should avoid RFA:

The risks of thyroid RFA for ideal candidates are minimal. While you may experience slight discomfort during the procedure or a temporary change of voice shortly after, there are no significant long-term complications from thyroid RFA.

Since thyroid RFA is a minimally invasive procedure, you won’t need to take time off for an extended recovery. Many patients can resume normal activities on the same day as their treatment.

If you’re a thyroid patient, who has been told you need surgery to treat your thyroid nodules, contact Associated Endocrinologists. Our experienced physicians will review your health history and discuss your best treatment options with you. Schedule your appointment to see if you are a candidate for thyroid RFA and begin your journey to better health.