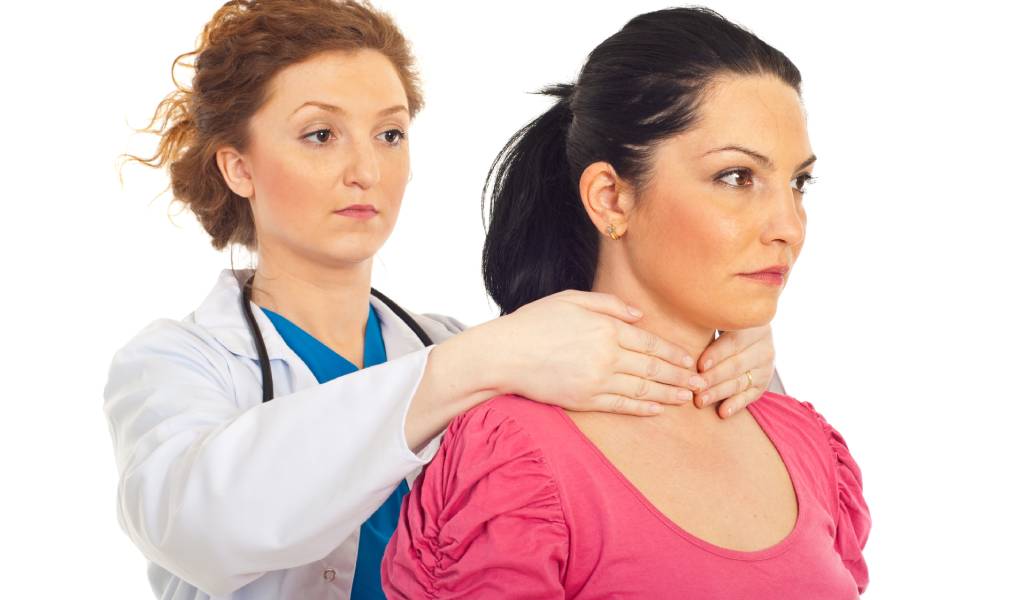 According to clinical trials, people have a 10% chance of developing a thyroid nodule in their lifetime. While only 15% of these are malignant, as thyroid nodules grow, they can press on nerves, send pain signals to the brain, or obstruct the airway. Nodules may also cause over- or under-production of thyroid hormones, leading to symptoms of hyper- or hypothyroidism.

Radiofrequency ablation (RFA) is a procedure that uses heat to destroy abnormal tissue cells in nodules, tumors, and other growths in the body. Thyroid nodule ablation is classified as interventional radiology and nuclear medicine procedure.

With RFA thyroid nodules treatment, radiofrequency waves are used to heat a needle to create a lesion on the nodule tissue, eventually killing the cells. Once the cells die, the tissue shrinks gradually. Patients typically experience between 50 and 80% volume reduction after 12 months.

How Thyroid RFA is Performed

Unlike surgery, which requires general anesthesia, RFA thyroid nodule treatment can be performed as an outpatient procedure at your local health care provider’s office. You lie on your back on an exam table, with your head and neck supported by a pillow for the entire procedure. Your doctor will place grounding pads in your thighs to serve as a return path for the radiofrequency waves, reducing the risk of electrocution.

You remain awake for your treatment but receive local anesthesia to numb the area surrounding your thyroid gland. Some patients are offered ablation with medication and receive a mild sedative to help them feel more relaxed during the procedure. Once the anesthetic takes effect, the technician uses an ultrasound machine and transducer to locate the butterfly-shaped thyroid gland and nodule.

Once the ultrasound guidance confirms the nodule’s location, the technician inserts the insulated wire into the needle. They connect the wire and electrode to ground pads placed on your legs, and the technician starts the RFA machine that sends alternating electrical currents to the needle tip. The current generates ionic friction, heating the tip to between 111°F and 141°F. This temperature is high enough to cauterize the abnormal tissue, which is then eliminated by your body over time.

The entire ablation procedure is relatively quick, and the length depends on the number of nodules you have and their size. Most patients can expect their thyroid RFA treatment to last from 15 to 60 minutes.

Other Benefits of RFA

Radiofrequency ablation thyroid nodule treatment is just as effective at providing long-term relief as surgery and offers patients benefits they can’t get from surgical removal of their thyroid. These benefits include:

Your RFA treatment heats cells located in your thyroid nodule but does not heat or cause damage to any of your surrounding thyroid tissue. You don’t need to take additional thyroid medication after this ablation treatment. It also doesn’t cause scarring on your neck. 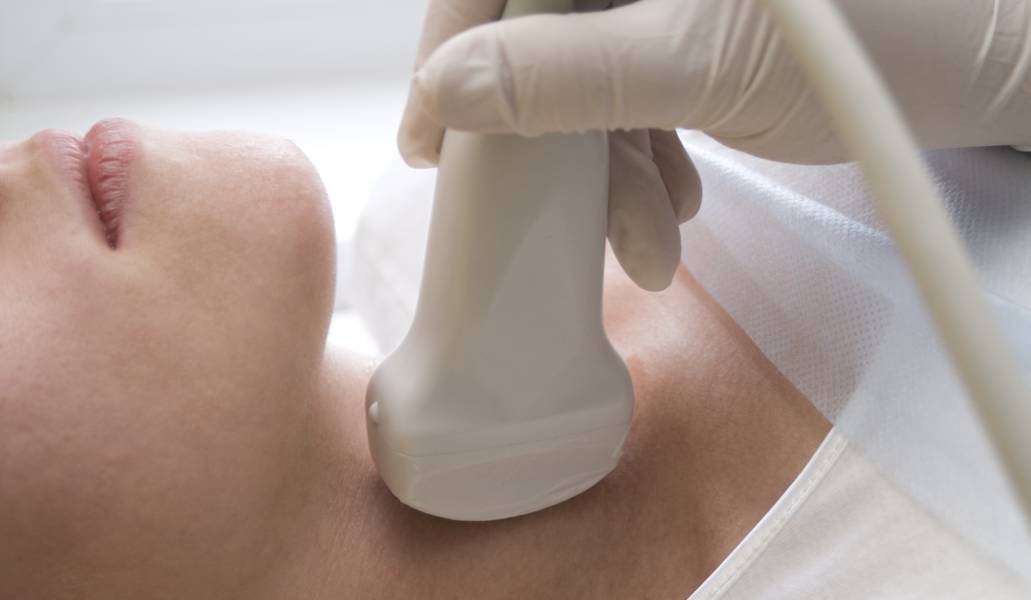 Patients can easily fit RFA into their schedules. Surgical incisions aren’t made into the neck, so they don’t need to take time off for recovery or physical therapy after. Patients can resume regular activities within a day of having RFA.

Because the procedure is performed under local anesthetic, there are fewer complications such as those typically associated with general anesthesia like anaphylaxis or malignant hypothermia.

Side Effects and Risks from Thyroid RFA

Radiofrequency ablation of thyroid nodules involves targeting nerve fibers and nearby cells, so there’s a slight risk of skin burns (at the grounding pad site) or long-term damage to tissues around your thyroid, including your vocal cords. Some patients report having a hoarse voice from an RFA procedure, but it clears up as they recover.

Patients may feel slight discomfort during the thyroid ablation procedure, but they won’t deal with high pain levels or face compromised thyroid function after. Patients don’t need to take prescription pain medicine to deal with the after-effects but may want to treat discomfort with over-the-counter nonsteroidal anti-inflammatory drugs for relief.

The risks and side effects of treating thyroid nodules with RFA are lower than surgical procedures. If you do get an infection, you will be prescribed antibiotic treatment.

Can Everyone Get Thyroid RFA?

If your doctor suspects your nodules may be cancerous after a manual exam and ultrasound imaging, you may need a fine needle aspiration biopsy to confirm the diagnosis.

Elderly patients and others who may have more difficulty with surgery can still be eligible for RFA, pending a doctor’s clearance.

Who Shouldn’t Get Thyroid RFA?

People with thyroid cancer and those with previous neck surgery aren’t suitable candidates for ablations using high-frequency electrical currents of their thyroid nodules. Prior surgery may leave thick scar tissue that the electrode needle cannot penetrate.

While RFA doesn’t damage your blood vessels, this interventional procedure can cause bleeding. RFA is unsuitable for patients with blood disorders or those taking blood thinners who can’t stop their medications.

The range of radiofrequency waves can also interfere with electrical devices, so people with pacemakers or defibrillators should avoid RFA. Patients with atrial flutter or other heart rhythm disorders should discuss the risks of this procedure with their doctor.

High blood pressure is another common condition that excludes patients from RFA treatment. Anyone with a history of neck trauma or nerve damage in their neck is not a good candidate for this procedure.

Radiofrequency ablation is an effective treatment option for patients suffering from thyroid nodules. The heat from radiofrequency energy causes gradual nodule shrinkage, stopping them from pressing onto the nerves responsible for pain. RFA has a similar success rate of providing lasting relief as surgical removal of thyroid nodules. However, ablation thyroid nodule treatment is less invasive and has minimal risks and side effects.

Thyroid patients who are interested in RFA treatment should contact Associated Endocrinologists. Our office is one of the first to offer this interventional radiology and nuclear medicine procedure to thyroid patients in Michigan. Some insurance companies cover radiofrequency ablation thyroid cost. If your insurer doesn’t cover RFA, call our office to discuss your payment options.

If you’re looking for thyroid radiofrequency ablation near me, our experienced endocrinologists provide ultrasound-guided RFA of thyroid nodules in our offices. We are happy to assess your thyroid health to determine if RFA is suitable for you.

Contact us today for an in-person appointment or a virtual consultation.